After the South African office of the audit and advisory firm signalled its intention to lay off 42 senior and long-serving managers in the Nairobi office — tension and trouble has been brewing with many unanswered questions. 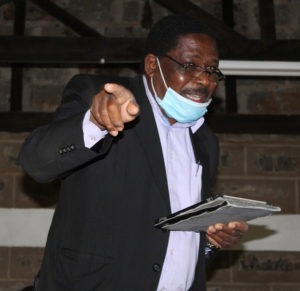 According to Business Daily, The firm‘s outgoing CEO, Gitahi Gachahi said that the firm has been performing well financially, raising questions about the motivation of the head office to lay off the workers.

“The redundancy decision could not have been informed by sub-optimal performance or profit dilution,“ said Mr Gachahi, questioning the wisdom of the decision.

Ernst & Young is one of the world‘s four biggest audit firms and the Kenyan office falls under its Eastern cluster, which includes Ethiopia, Kenya, Uganda, Tanzania and Rwanda. Sources at the company said some of the regional offices do not have sufficient staff, making the redundancy notices all the more questionable.

“We refer to the meeting held with your service line leader on 2nd June, 2020 and the letter notifying you of the firm‘s decision to terminate your contract of employment on account of redundancy issued on the same date,“ says a letter sent to one of the affected staff. Acccording to the letter, the contracts for the affected staff would be terminated on July 2.

You will be issued with a letter of termination of your contract of employment on that date,“ the letter says.

The workers are worried that if they are rendered jobless during the Covid-19 pandemic period, they will be unable to secure jobs in other institutions given that companies are scaling down operations to cut costs and preserve their cash reserves even as Ernst & Young remains in a strong financial position on account of the deals it has signed in Kenya in the recent past.

They also protested that they were not consulted on whether they could be put on lower pay as has happened in other organisations.

“Other leaders have engaged their people, agreeing to reduce salaries by an agreed percentage until the situation stabilises,“ said one employee. “Unfortunately, the ugly face of capitalism gains an upper hand even as the world is faced with such a catastrophe.“

The employee also questioned why the South Africa office was using performance reviews for the last three years yet the industry practice is to use the current year to make decisions affecting staff. This, he said, raised questions over whether the jobs would be given to foreigners once Kenyans had been sent home.

And according to Mr Gachahi, the decision to send the workers home at this time amounts to a back-handed compliment.

“This is particularly painful when there is no compelling economic reason for such a drastic action,“ he said.

In its letter to the affected staff, signed by Talent Leader Polly Mwangi, the company acknowledged the difficult times would make the layoffs particularly painful and has offered counselling services.

It is now optional for cargo transport by road or rail – Kenya News...

mlST5cHmFg - July 6, 2020
0
Importers  can now heave a sigh of relief as they have an option of using the Standard Gauge Railway (SGR) of road  transport...

Stock Markets Rise After Getting a Push in Asia: Live Updates

mlST5cHmFg - July 6, 2020
0
Wall Street is set for an upbeat start to the week.U.S. stock futures rallied and global markets were higher on Monday, bolstered by...

Gideon Moi arrives in Malawi in a Presidential Jet (PHOTOS)

Health volunteers to boost fight against Covid-19 in counties – Kenya...

June 23, 2020
We use cookies to ensure that we give you the best experience on our website. If you continue to use this site we will assume that you are happy with it.Ok