Musician Abenny Jachiga’s mother Monica Auma and widow Belinda Aluoch on Saturday morning sat on his grave to stop hundreds of mourners who had arrived at his home in Kolwa East, Chiga Sub-Location, Kisumu East Constituency to exhume his body after learning that the singer was interred at 1:30am, when they (mourners) were asleep.

The grievers were protesting against Jachiga’s night burial, saying Luo traditions stipulate that only people who die by suicide are buried in the dead of night.

“Jachiga did not commit suicide, he died after a short illness. We want to exhume his body and give him a decent send-off that befits his stature,” one of the mourners was heard saying.

Out of respect for Jachiga’s elderly mother, the mourners couldn’t immediately embark on the emptying of the grave.

They watched on as Jachiga’s mum Ms Auma, and widow Ms Aluoch, sat on the grave.

“You want to kill me! Don’t exhume my son’s body,” said Auma as she looked straight into the mourners’ eyes. 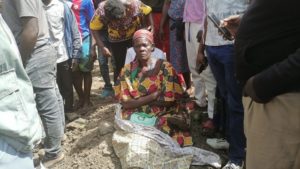 “Once they (Auma and Aluoch) rise from the grave, we will dig the burial pit out,” another mourner was heard saying in Dholuo. 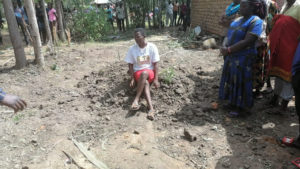 Jachiga, who allegedly succumbed to pneumonia on Thursday, June 11, was buried at 1:30am Saturday after hours of impasse occasioned by the mourners’ demands, which clashed with directives on burials by the County Government of Kisumu.

mlST5cHmFg - July 13, 2020
0
Some 948 schoolgirls get pregnant every day, shocking statistics contained in a report by the Ministry of Health indicate. The report further reveals that...

June 25, 2020
We use cookies to ensure that we give you the best experience on our website. If you continue to use this site we will assume that you are happy with it.Ok