A 41-year-old Chinese woman has given birth to a baby boy from an embryo frozen for 10 years after the birth of her elder son conceived in the same round of IVF.

The woman identified as Wang was unable to conceive for five years before seeking help from fertility specialists in 2009.

READ ALSO: Yvonne Okwara laments getting treated differently in media because of her dark skin 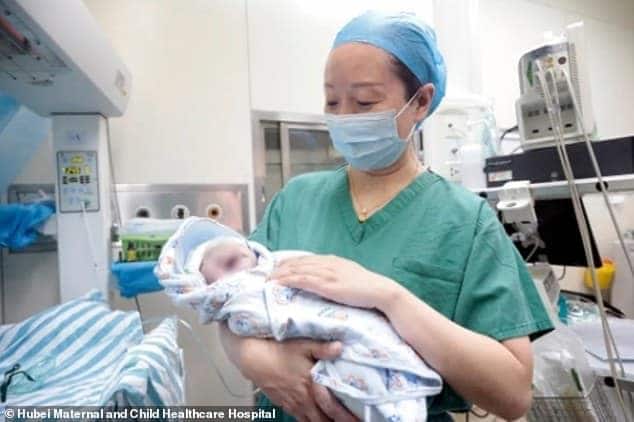 The 41-year-old woman identified as Ms Wang sought medical help in 2009 after she could not deliver a baby. Photo: Daily Mail
Source: UGC

READ ALSO: I won Big Brother, they stole from me – CMB Prezzo

According to Daily Mail, a doctor cultivated ‘a batch of embryos’ using the same sperm and eggs when she sought medical help.

One of them was implanted into her straight away, and the rest was frozen.

TUKO.co.ke has learnt that the woman gave birth to her first baby boy in June 2010, at the Hubei Maternal and Child Healthcare Hospital in central China, while the second baby boy was born on Tuesday, June 16, at the same hospital.

A doctor from the hospital’s fertility centre, Zheng Jie, said:

“From a medical perspective, Lu Lu and Tong Tong are twin brothers.”

In yet other news in relation to babies, a mother-of-four who did not know she was pregnant gave birth to a healthy baby girl in a toilet.

Grace Meachin said the birth of her last born was during the period her husband was on the waiting list for a vasectomy.

Why I beat my own mother- Lucy Nyawira | Tuko Talks

N.Y., N.J. and Connecticut will let many businesses fully reopen in...

Kenya: More Kenyans Got Russian Vaccine Even After Its Ban

Kenya to engage US in trade meetings in July: The Standard

University Investigates Claim That White Professor Pretended to Be Black

China approves one more inactivated COVID-19 vaccine for emergency use »...

ABOUT US
City News promises to be a fair and objective portal, where readers can find the best information, recent facts and entertaining news. Newspaper is the best selling News Theme of all time and powers this amazing demo!
Contact us: info@kenyanupdates.co.ke
FOLLOW US
© KenyanUpdate 2020
//soaheeme.net/4/2973734